Micro- and Nanoscale Processes and Devices

A number of groups in the Department are engaged in research on micro- and nanoscale phenomena. Beginning with microelectromechanical systems (MEMS), one of the first such groups in India led by Prof. Rudra Pratap whose group investigated dissipation in MEMS devices, micro and nano research in the Department has grown in multiple directions. Topics like mechanics of solids and fluids at small length scales, microscale transport phenomena, computational micromechanics, development of numerous micro sensors and actuators, etc. have been vigorously pursued in the Department for more th an 15 years now. These efforts are now growing rapidly with newly hired faculty, besides inter-departmental collaborative ventures.

It may be noted that MEMS as well as micro- and nano-fabrication research initiated and nurtured by the groups of Prof. Pratap and Prof. G.K. Ananthasuresh played an important role in launching the Centre for Nano Science and Engineering (CeNSE) in IISc in 2010. They are also responsible for expanding the scope of MEMS research across India through engagement in two national research missions, namely the National Programme on Smart Materials (NPSM) and the National Programme on Micro and Smart Systems (NPMASS). Alongside, Prof. M.S. Bobji has explored nanomechanics for over two decades now with novel experimentation in Transmission Electron Microscopy (TEM). Prof. Ananthasuresh, Prof. C.S. Jog and Prof. Pratap also led a multi-investigator project to develop a MEMS software suite for multiphysics simulation. Micromachined pressure sensors, accelerometers, gyroscopes, Capacitive Micromachined Ultrasonic Transducers (CMUTs), force sensors, xy-stages, RF switches, miniature grippers, micro-speakers, etc., were developed, tested and calibrated as part of this initiative. Some of these have been commercialized (e.g., pressure sensor, force sensor) while others are in the translation phase. More recently, new faculty like Prof. Saptarshi Basu, Prof. Aloke Kumar, and Prof. Susmita Dash have shown keen interest in research on fluids and heat transfer aspects at small length scales.

The performance of most practical systems including heat exchangers, microfluidics, thermal management systems, and desalination units are limited by the interactions and losses near the solid-liquid-vapor contact lines. Manipulation of the contact line dynamics, therefore, can reduce the excessive energy losses via hysteresis, thermal and fluid transport resistance, and nucleation energy barriers.

Prof . Dash’s group focuses on developing strategies including micro- and nano-textured surfaces. The surface morphology is designed to fundamentally alter the interfacial interactions for applications including phase change during evaporation, boiling and freezing, salt crystallization, electrowetting, and photo thermal energy conversion. Her prior work in developing robust superwettable surfaces has revealed a fundamental understanding of the transport phenomena that govern the evaporation of droplets and evaporative flow field on nonwetting surfaces versus conventional wetting surfaces. One of the important findings was a complete elimination of the ‘coffee-ring’ effect typically encountered in microfluidic-based evaporation processes. This has critical implications for improved printing accuracy and detection efficiency in biomedical sensing applications.

The group also explores methods to mitigate the issue of scaling in the presence of salts in heat transfer applications by using surface wettability to alter the supersaturation locally in the liquid microlayer formed during bubble evolution. In another work, a photo-thermal trap that leads to localized substrate heating upon solar illumination is designed. The formation of a micrometric melt layer leads to removal of bulk ice without the need for melting the entire ice layer. 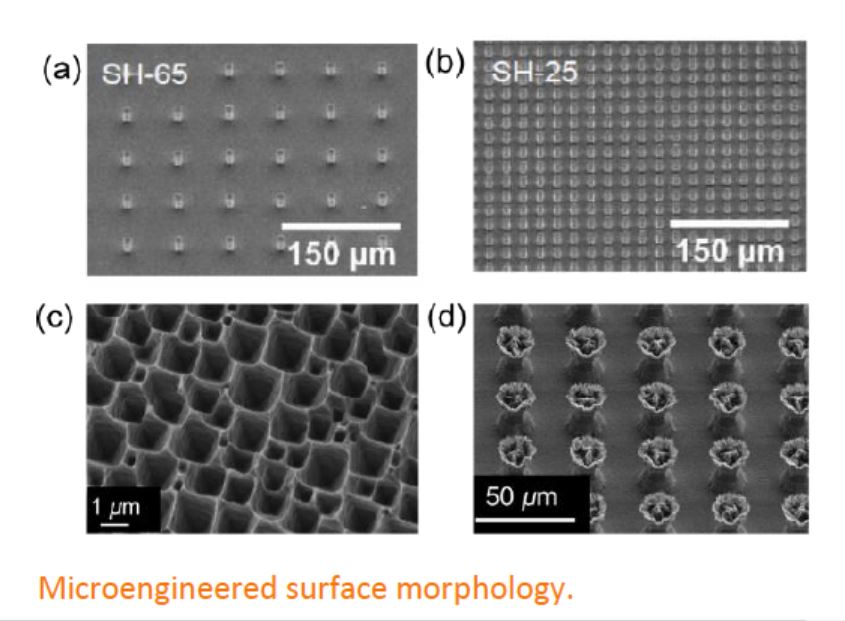 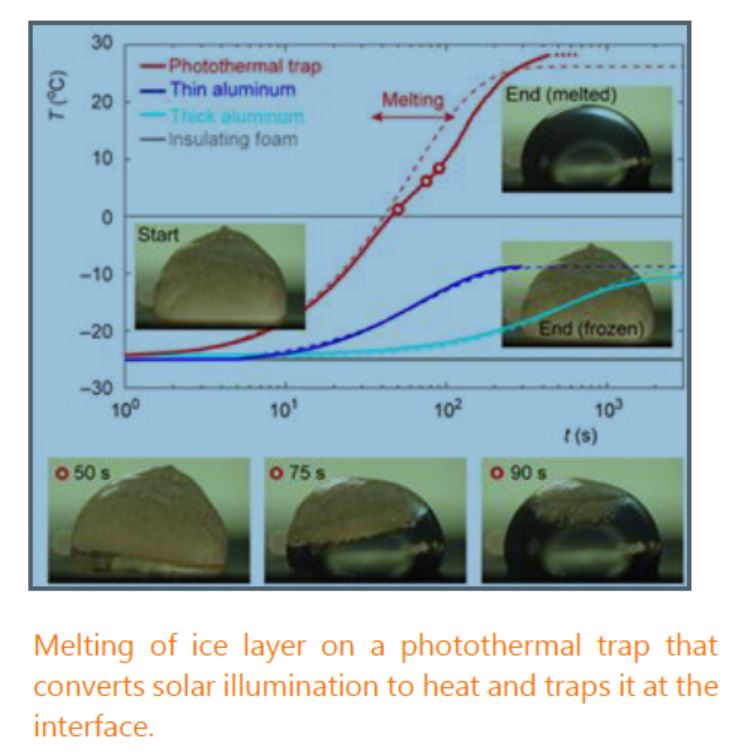 Apart from enabling fundamental investigations, microfluidic systems also allow miniaturization and integration of complex functions, which could make sophisticated diagnostic tools more accessible. Innovations in microfuidics are going to be the prime movers of this paradigm shift. Opto-electrofluidics refers to the emergent microfluidic field, which combines optics and electrokinetics synergistically to achieve control over matter at the micro- and nano length scales. Synergy between optical and electrical forces bestows on these techniques several unique features, which promise to bring new opportunities in molecular diagnostics. These include, but are not limited to, sample preparation, sorting, purification, amplification and detection. Prof. Kumar’s group has played a foundational role in the development of opto-electric techniques. For example, one of them is the “Rapid Electrokinetic Patterning” (REP), aptly named after its superlative rate of particle collection. The group has demonstrated that REP can be a strong competitor of manipulation techniques like optical trapping and classical electrokinetics. Papers and posters depicting the work on optoelectrofluidics have won numerous awards, thus showing the enthusiasm of the scientific community towards this emerging field. 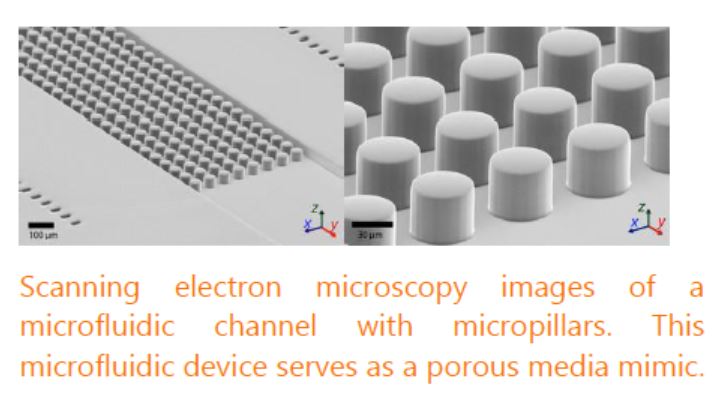 Prof. Basu’s group investigates the coupled physics of evaporation-flow-contact line driven particle transport in sessile colloidal droplets. For example, through natural alterations in droplet vaporization, one can change evaporative pattern and contact-line dynamics leading to internal flow which modulates the final particle assembly in a non-trivial fashion. Furthermore, we subject the droplets to external stimuli such as thermal, mechanical oscillations, vapour confinement, particle diameter change or surfactant-induced chemical change to modify evaporation-induced particle self-assembly. For example, significant augmentation of an otherwise evaporation-driven particle transport can be brought about simply through controlled interfacial oscillations. In addition to sessile droplets, evaporation dynamics of levitated colloidal droplets are investigated to understand particle transport and final precipitate morphology in a contactless environment. 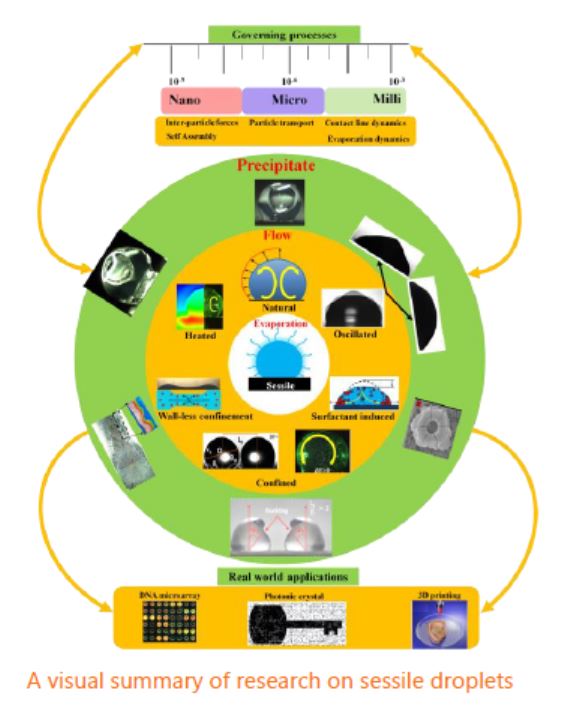 Exploiting nanoscale properties in the development of composite materials with superior properties is hampered by the agglomeration of particles. The group led by Prof. Bobji has devised a method to overcome this problem. An ordered nanocomposite coating of alumina matrix with metal nanowires aligned and uniformly distributed is developed by depositing metals electrochemically into ordered porous alumina matrix. The porous alumina coating with 70 nm cylindrical pores aligned perpendicular to the aluminium substrates is produced by a controlled two-step anodization process. The size of the pores and their distribution are controlled by the anodization process. The bottom of the pores have a compact barrier layer of about 30 nm thickness, preventing electrical contact with the aluminium substrate. 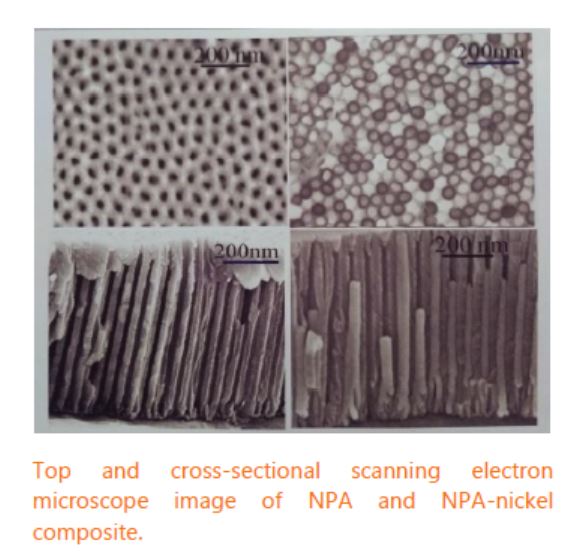 A methodology has been developed to achieve controlled reduction of the barrier layer thickness so as to establish an electrical contact without compromising the strength resulting from the good adhesive strength of the grown alumina layer. Furthermore, a pulsed electrochemical deposition of metal has been perfected to enable a uniform distribution of nanowires into the pores. The resulting coating has high hardness desired for tribological applications and has been shown to have high wear life as well. Arresting/deflecting the cracks in the brittle alumina matrix by the nanowires seems to be the mechanism of strengthening. Extending the process to aluminium alloys and to sizes larger than that of sample will lead to a paradigm shift in the aluminium anodization process.

The presence of van der Waals interaction resulting from the dipole nature of the individual atoms of two interacting bodies is generally ignored in en gineering design. However, this interaction plays an important role in determining the friction between two contacting surfaces and in the behaviour of nanometer-sized bodies. A finite element analysis-based formulation has been developed by the groups of Prof. Bobji and Prof. Jog to incorporate Lennard-Jones-type intermolecular potential into the continuum framework. Van der Waals force is incorporated as a body force in the formulation. The added advantage of this formulation is that the contact between two bodies emerges from the intermolecular interactions and does not need any special approximation in the finite element framework. Interaction between a spherical nanoparticle on a rigid half-space has been used to demonstrate the framework. It has been found that the coefficient of restitution depends on the elastic modulus and the adhesive interaction. The difference in kinetic energy is converted into vibration energy in the elastic medium. This gives an insight into the mechanism of dissipation of energy through friction in general. 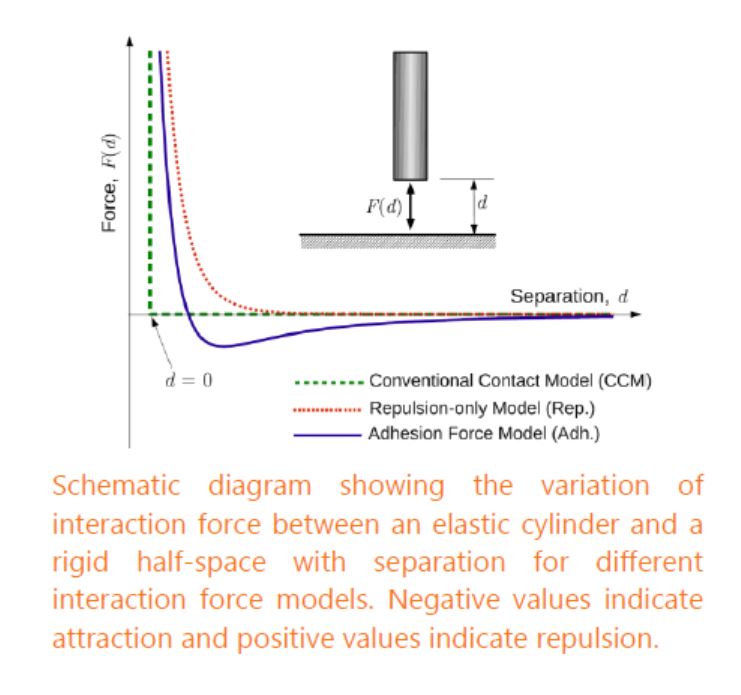 Many micromachined devices can be designed to have enhanced p erformance by using the concept of joint-less compliant mechanisms. In Prof. Ananthasuresh’s group, displacement-amplifying and force-amplifying compliant mechanisms (DaCMs and FaCMs) were effectively utilized in planar dual-axis accelerometers, xy-stages with enhanced motion, micro-newton force sensors, etc. In the case of an accelerometer, it was shown that any design of a planar capacitive accelerometer can be redesigned with a DaCM to improve both the resolution and bandwidth within the same footprint area on a chip. A micro-newton force sensor uses a DaCM and a digital microscope camera to measure forces with an accuracy of 2 µN over a range of mN. The same concept was used to develop a device to stretch biological cells in situ and measure the forces applied by the cells on the substrate they are attached to. Many micromachined grippers were designed, fabricated, and tested for manipulating biological cells. A variety of materials are used to make such devices including silicon, metals, PDMS, SU-8, and other polymers. Suitable microfabrication methods were developed for single and multi-layered structures. An array of force-sensing and actuating mechanisms that serve as active scaffolds for culturing biological cells were also developed. An intracranial pressure sensor (collaborative work with the Centre for Nano Science and Engineering) and a soil-moisture sensor are being pursued as translation research to realize commercializable products by working with industries. Additionally, BendFlex, a spin-off company from the group is using miniature compliant mechanisms in in-vitro fertilization chips. 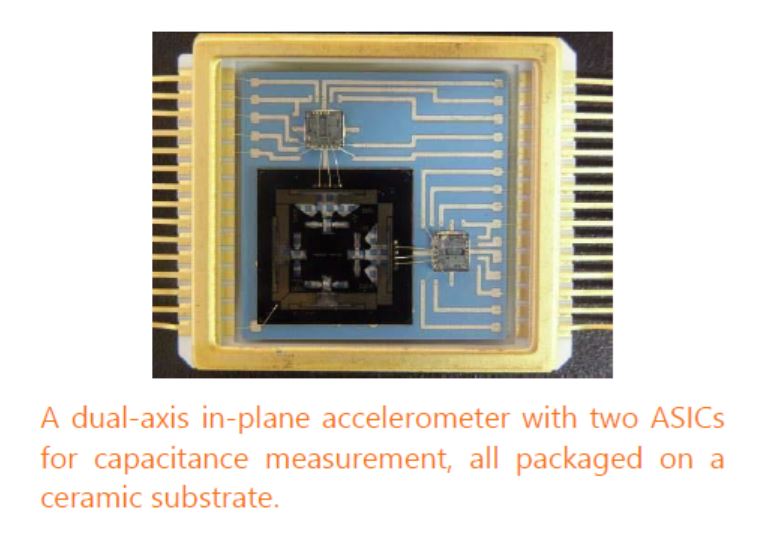 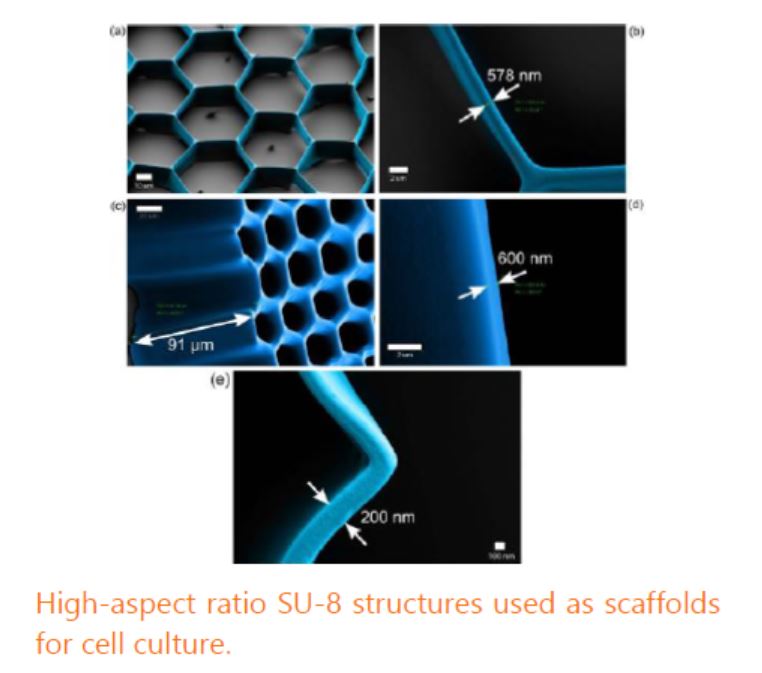 Much has been done in the analysis and design of MEMS devices by several faculty members of the Department. In a large collaborative project, the groups of Prof. Ananthasuresh, Prof. Jog, Prof. Pratap and others in IISc developed a software suite for multi-physics simulation. Its basis lies in hybrid finite element method pursued by Prof. Jog, wherein displacement and stress are independently interpolated leading to enhanced accuracy as compared to the standard displacement-based formulation. The usage of only two types of el ements, namely hybrid 8-noded hexahedral brick element and 6-noded hybrid wedge element, was the highlight of this work.
Coupled electromechanical, piezoresistive, electrothermal-mechanical, and other problems were solved. Squeezed-film effects were also simulated. All these efforts culminated in a software module that was integrated with commercial finite element software, NISA. 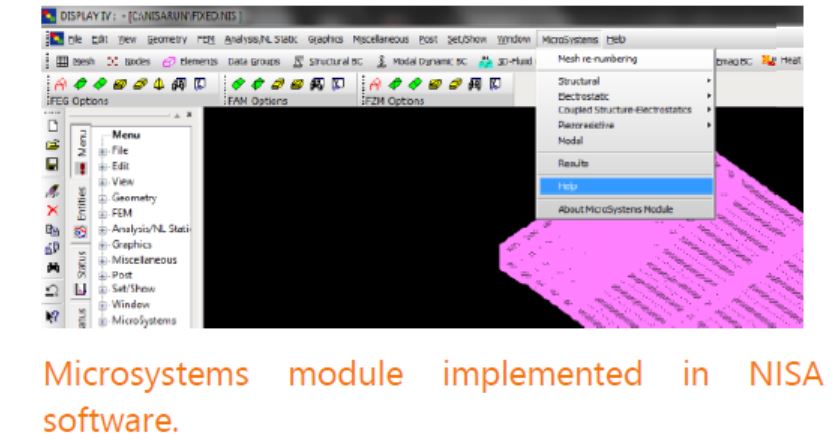